There are a number of different experiences that can be had on safari to Africa and these are important to understand before trying to find the safari that fits you. 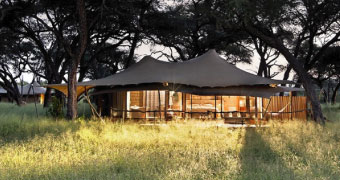 What type of accommodation would you want?

These are the basic categories of camps that are available and these range from opulent luxury with spa facilities to a tent that you may need to help put up with a roll out mattress. It is important to understand what is available and what your needs are to enjoy your safari experience.
READ MORE

What type of accommodation would you want?

These are the basic types of camps that are available and these range from opulent luxury which are generally in private concession areas, down to a backpacking tent pitched in a sandy river bed and everything in between. Here are some basic categories of camps that will help in your planning.

Luxury Lodges are generally constructed using bricks and have either thatch or metal roofs and would have a main central dining room and bar with a pool area. Some also offer spa type facilities as well to ensure you are well pampered during your safari.
READ MORE

Luxury Lodges are generally constructed using bricks and have either thatch or metal roofs and would have a main central dining room and bar with a pool area, probably a spa/gym facility. The rooms in most cases would be separate buildings away from the main complex and typically have private views with their own balconies. They would be air conditioned and have bath, shower and toilet en-suite and sometimes this is duplicated outside the room for that private bath under the stars. The catering is of a very high standard and most diets will be catered for if notice is given of this.

This style of camp is designed around the principal that the camp can be taken down and will in theory leave very little evidence of it ever being there.
READ MORE

This style of camp is designed around the principal that the camp can be taken down and will in theory leave very little evidence of it ever being there. Most of these camps are on wooden platforms that are thatched and then with nice large walk in tents underneath that have en-suite facilities, for many of these you would battle to see the difference between this and a camp made with bricks and mortar and they are for the most part very comfortable and spacious.

This type of camp requires you to get involved with some of the basic camp chores and even sometimes putting up the tents, it’s a great fun way to do the safari and is generally used when doing a backpacking safari, a canoe safari or an overland driving safari. Some safaris may include a night out "fly-camping" this is generally the style of camp that would be used for this.

These are probably the best way to truly experience the African bush as you will feel so much more part of the environment and it is for many how safari should be, with a very small ecological footprint.
READ MORE

These are probably the best way to truly experience the African bush as you will feel so much more part of the environment as opposed to watching it from a grand stand, and of course your impact in the area is so much less. These camps range in quality, but primarily it is based on the size of the tent (most of these are walk in type tents) and the facilities that are attached like your shower and toilet, and of course the quality of the bedding, catering and the number of staff in attendance.

What Do You Want to See?

Africa is a huge continent and has a tremendous variety of landscapes, vegetation, animals and birds plus a wonderful array of different people and cultures. There is a lot more going on than just the animals.
READ MORE

What Do You Want to See?

Africa is a huge continent and has a tremendous variety of landscapes, vegetation, animals and birds plus a wonderful array of different people and cultures.

So the first thing is working out what type of thing you are looking to see, maybe watching the migration on the Serengeti Plains, trekking for gorillas in the jungles of Central Africa, doing game drives in an area that has a wonderful array of different species, walking in the bush and learning more about how the environment works or relaxing on one of Africa’s beautiful tropical beaches or islands, or maybe you are looking for a specific species of animal or group of animals, like primates, predators or birds these are just a few examples of what could be done. All of this has a bearing on where your safari should be. 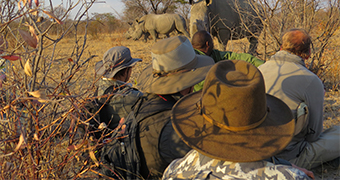 How do you want to experience it?

For this question it is important to know a little about what options would be available so here is a brief idea of what type of activities which are possible to include into a safari, depending on the area.
READ MORE

How do you want to experience it?

For this question it is important to know a little about what options would be available so here is a brief idea of what type of activities are available but some are specific to certain areas and many overlap so you would have a range of different options within a certain area.

Privately Guided or not - When going on a safari having a private guide, knowledgeable in the area that you are travelling to, is a great enhancement to the safari experience and gives you the flexibility to plan your own day and to focus on the areas or animals that you enjoy without worrying about anyone else. The guiding element is of great importance in your safari and well worth spending the extra for this. Some people however prefer meeting new people at each camp and experiencing different bush knowledge that each guide has at the various camps.If it is a first time safari, then you have the challenge that there is so much variety that it will be difficult to know what is best for you. All I can suggest is that for a first time safari have a look at some of the safari options we have designed already and see if anything there is something that might be of interest to you and then contact us and we can go through all the details with you and make sure we are getting you the right type of safari.

If you are planning your own safari my advice is don’t try and do too many destinations and for each destination spend a minimum of three nights. This will give you two full days in an area at least. Also bear in mind that transfers between camps can be long, we will advise the best way to do it, but try to focus your safari into countries and then areas of that country that are reasonably close to each other as you don’t want to spend a lot of your holiday time travelling between destinations and thereby missing out on time in the bush.

This is one of Africa’s most amazing wildlife spectacles and probably one of the most recognizable wildlife events on earth. This gives you a short description of where you need to be to experience the migration and all its different facets.
READ MORE

This is one of Africa’s most amazing wildlife spectacles and probably one of the most recognizable wildlife events on earth. The migration follows a generally clockwise circuit around this vast area that straddles the border of Kenya and Tanzania following the rainfall patterns. But as we are dealing with weather and wild animals , nothing is absolutely certain , but this guide will give you a good starting point to work when are thinking of travelling.

The Rains are starting in the southern Serengeti plains and the herds are heading South for this.  The Ndutu, Naabi Hill and Lobo areas are a good place to be to try and catch the herds. The priority for the herd is to get to the new green grasses in these very open areas which are ideal for the calving coming soon.

This is the peak of the calving period for the wildebeest with thousands being born on a daily basis. This primarily happens in the areas around Lake Maek and Lake Ndutu. The wildebeest herds stay here for awhile as the youngsters get strong enough to start their journey as a wildebeest. With all these youngsters about this means the predators are here in number focusing on this abundant new food supply so a good place to look for Cheetah, Lions and Hyenas.

With the babies now a bit stronger the herds are not moving at any great speed but starting to drift to the South West of the area into the Maswa and Ndutu areas and the rains are starting to become more regular.

By April the plains are beautifully green and rains quite regular but typically in the afternoons and evenings. The herds are now heading North on the Western side of the Serengeti going towards Moru and the famous Simba Kopjes, more in large groups at this time rather than one huge herd.

The herds are now moving greater distances on a daily basis as the push North continues towards Lake Magadi, and so a good time to get some action pictures of the herds on the move as the calves are now much stronger and able to keep up. It is still a wet month so be prepared for the rain.

The rains are now mostly finished by June and the herds are now quite strung out in long lines as they continue their journey North. The front of the migration is usually towards the Mbalegti River and the laggards still back towards Lake Magadi and Nyamuma Hills

This is when the Wildebeest start mating so there can be some impressive fights between the bulls as the herds move through into the Grumeti Reserve in the West of the Serengeti. The Grumeti River is one of the famous rivers they have to cross but dependant on the previous rain season there is not usually as much water in this river as the Mara River but if you get it right these crossings can be worth looking out for but harder to find in this vast and remote area, as the herds continue their way Northwards to the Mara in Kenya.

This is a big challenge now for the wildebeest and one of the most sort after spectacles for safari goers to see the herds crossing the Mara River, probably one of the most dramatic wildlife events on earth. Thousands of wildebeest die while trying to cross this river and I am sure you have seen some of the many wildlife documentaries that show the animals plunging over the steep banks into the River and the lions, hyenas and crocodiles enjoying the chaos.

The crossings continue in this month but not as regular and the herds are quite spread out now across the vast plains of the Masaai Mara. The reserve itself is only a small part of the whole ecosystem so much of the herd is actually outside of the reserve in the various conservancies that surround the Reserve.

The herds are now enjoying the feeding opportunities around here as they gather their strength as the push to move South will be starting soon.

By December the herds are back in the south of Serengeti, and the cycle begins all over again